the neighborhood of the arts 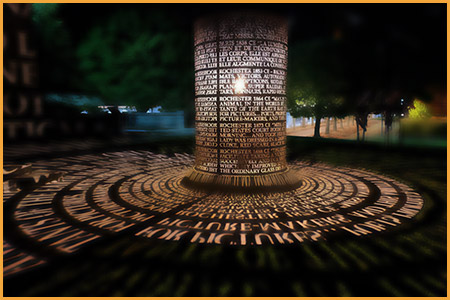 Perhaps more than any other Rochester neighborhood, The Neighborhood of the Arts (NOTA) projects an unmistakable metropolitan vibe. The wall to wall art and culture of the neighborhood includes an extensive list of attractions including ARTWalk, Village Gate Square, Rochester Museum and Science Center, The Auditorium Theatre, The Strasenburgh Planetarium, The George Eastman Museum, Colors Film Studios, and the Memorial Art Gallery— to name just a few. The turn-of-the century mansions which line the streets are neighbor to the city’s finest restaurants, cafes, bakeries, gift shops and a wide array of art studios and galleries– most of which are within a one block radius of School 31.

One of the very best ways to experience NOTA is along ARTWalk. This award-winning re-design of the neighborhood’s main thoroughfare features an infusion of the neighborhood with homegrown public art. In 2010, funding from the National Endowment of the Arts was used to expand ARTWalk to include it’s new centerpiece, Centennial Sculpture Park. The Sculpture Park is truly a masterpiece and it sits directly across the street from School 31– making it perfectly viewable from most of our lofts. The park is home to plenty of street art and summertime musical performances. Another of NOTA’s attractions is its one-of-a-kind architecture. From creations by Frank Lloyd Wright, to the breathtaking Memorial Art Gallery, to the 19th century Flatiron Building, NOTA’s architecture has become a magnet for visitors from New York and beyond. 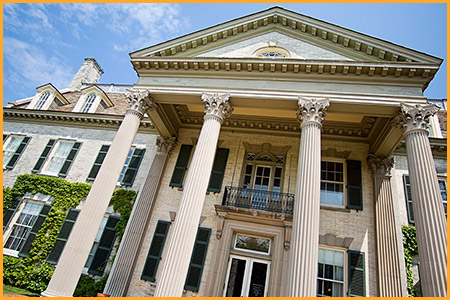 One of the most notable attractions in NOTA is the world-famous George Eastman Museum. Being the original home of the Eastman Kodak Company, the turn-of-the-century Colonial Revival mansion and its stunning gardens welcome thousands of visitors annually from all around the globe. The George Eastman Museum is not only the oldest, but it is widely regarded as the finest photography and film museum in the world. The museum holds unparalleled collections in the arenas of photography, cinema, and photographic and cinematographic technology. It also boasts the world’s premier cinematic and photographic library. The Museum is respected the world over as the leader in film preservation and photographic conservation. Guided tours of the historic estate and gardens are available to the public daily. The tours showcase the many exhibits and archives as well as hands-on workshops on historic and alternative photographic processes. Being associated with the legendary Eastman School of Music, t 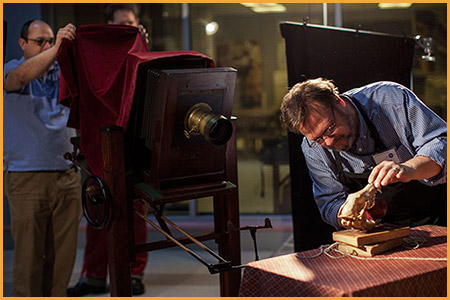 he museum also hosts musical performances weekly as well as frequent talks by house experts as well as visiting artists and scholars. The George Eastman Museum is home to the majestic 535-seat Dryden Theater. Steeped in cinema history and prominence, the Dryden hosts over 300 film events per year– many of which are open to the public and feature Hollywood A-list guests. The George Eastman Museum is on the prestigious National Historic Landmarks registry and is just a very short (and quite beautiful) walk from School 31. Just a short walk away from the Eastman Museum is Village Gate Square on North Goodman Street. Once home to a Chiclets gum factory in the early 20th century, today’s Village Gate is an eclectic combination of cafes, restaurants, bars, retail shops, whimsical art, a cozy courtyard and much more. Village Gate is less than a one block walk from School 31 along ARTWalk. 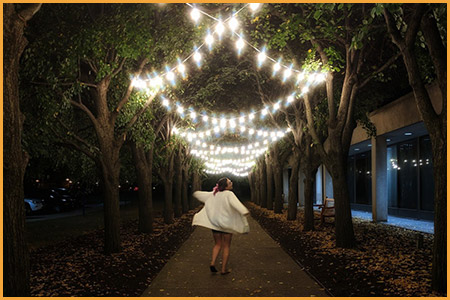 Art is the cornerstone of NOTA, and NOTA’s art is anchored by the Memorial Art Gallery and Colors Studios. The Memorial Art Gallery’s unparalleled collections have been called “a journey through 5,000 years of art” and those collections attract fine art connoisseurs from all around the globe. The Memorial Art Gallery is situated directly adjacent to School 31 and most of our lofts offer full panoramic views of the gallery’s spectacular 14-acre campus. Colors Studios is located within School 31 and is the home to a national television sit-com. NOTA’s list of art and cultural landmarks continues to grow with the addition of many new theater houses, production houses, and art education venues. Many of these installations are housed in repurposed historical buildings. In contrast, NOTA is proud to be a hub of industry and manufacturing. The monumental and historic Gleason Works, the world’s largest gear-making manufacturer, stretches nearly a quarter of a mile along University Avenue. Along with its every day attractions, events such as Anderson Alley Artists, and the world-famous Clothes Line Festival bring countless thousands of people to NOTA. We at School 31 invite you to experience this unique and inspirational slice of geography for yourself!